What will the HR department be called in the future?

The changing landscape of international HR

During an inspiring 20-minute panel discussion on the topic of “The changing landscape of international HR,” four HR leaders from across Europe shared their thoughts on future trends and how HR professionals should relate to them. We’ve gathered their valuable insights in three short blog posts for you to read.

The future of the HR department

When the panel was presented with the statement that the HR department will cease to be called the HR department in the future, Lorentzon wholeheartedly agreed, especially looking at the history of the term HR. “HR as a function is still relatively new when compared to terms such as ‘finance’ or ‘engineering’. The HR department has been called by many different names before, which means that the function is constantly evolving and will most likely continue to do so,” Lorentzon said, while highlighting the fact that many companies already have departments named for instance ‘people and culture’ instead.

In his view, HR as a discipline will absolutely remain, but the core function of it as we see it today will in the future be a small piece of a much larger entity. He added: “We have already gotten in touch with the things that will in the end be part of this entity; digital teams, talent acquisition and doing the ‘policing work’, as Morten phrased it earlier on in the discussion. All of these will eventually fall under the same umbrella that we in today’s world refer to as HR management, or human capital management.”

Hofstede responded to the discussion by disagreeing with Lorentzon’s point of view. He believes that the HR department will simply continue the way it is now and core responsibilities will remain the same in his opinion. “Basically, we are doing human resource management, and I believe that will continue to be the main responsibility of the HR department also in the future”, he explained.

While Hofstede believes that human resource management remains to be the key to what HR does in making the business better, he did agree with Lorentzon that some areas and tasks will change in the future. “I do believe that the people who are responsible for HR will also fulfil other roles within the organisation. Different roles, which might bear a different name,” he continued. 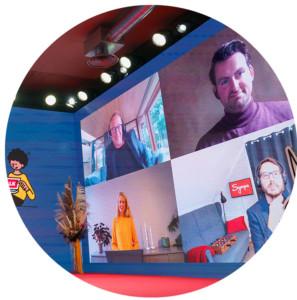 A rebranding journey for HR

After reflecting on the question, Jakobi added that his opinion is somewhere in between, given the fact that HR is a very unique department in the business that cannot be handled by anyone else. “On one hand there is the necessary compliance side which you cannot live without, as well as the expertise you need in order to ensure that you do not head in the wrong direction. On the other hand, there is the development side, where we are talking more about people and culture; things such as learning development and talent acquisition. And then there is still compensation benefits, HR administration, analytics and data.”

Lorentzon jumped in on the discussion and highlighted that the people who have the responsibility for compliance, business, people and administration alike, nowadays in most cases are in fact the CEO. “I believe that in the future, HR managers will be very appealing candidates for CEO positions because of the shift in which domains HR operates in,” he added.

Alfvalk answered the question by agreeing that the HR department will not be called the HR department anymore in the future, because of the transitions that it is currently going through. “I actually see this as a rebranding journey for HR, a process of becoming more proactive and developing the strategies going forward,” she said. She also pointed out that she strongly believes personnel administration and a lot of legislations could be done by automation, meaning that many of the things that HR currently work with will be completely different in the future. “I find it natural that in the future, it will be more about ‘people and culture’, ‘people and brand’ or ‘chief people officer’. All of these titles are already popping up, which is a very positive development for us,” Alvfalk concluded.

Check out the recording of the Sympa TALK 2020 panel discussion or read the other blog posts in our series.

Sign up to our newsletter and receive the newest insight to your inbox.

Which competencies will be needed in the HR department?

The New Role of HR in the Future of Work

Why HR Teams need to work closely with IT